I swear that the woodworking does not refer to me picking up a new craft, but rather to refer to the last post I mentioned how we were updating our floors to hardwood in the midst of Sock Madness.  I am happy to report that the floors are installed!   And they are beautiful. 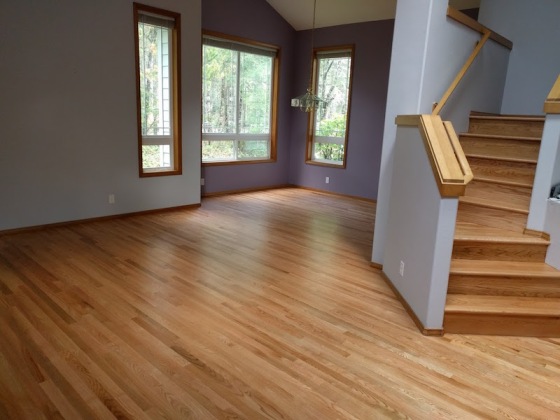 So now its down to bringing all the belongings into the house again, which thankfully is not on such a swift timeframe.

Sock Madness has continued in a cavalcade of colorwork, combined with my first pair of dark ludwig socks. 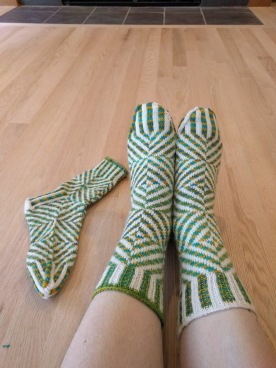 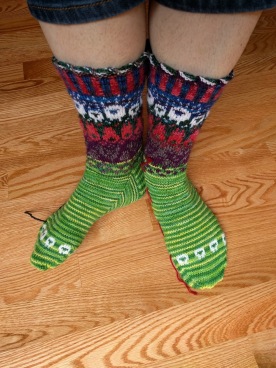 Between rounds of socks we had a hotel stay due to the floor finishing, which I used to start tackling the KAL project, which was  colorwork mittens.  The cats were rather unhappy about the drive, but settled in to days of traffic and knitting supervision.

And while I did finish the striped sweater, I am not super sure I like it and how it fits, so photos of that coming eventually later.  (A portion of that is adjusting to how clothes fit now that I have lost ~80 lbs.)  But I will tease you with my finally conquering one of those knitting opuses… a Herbert Neibling lace pattern. 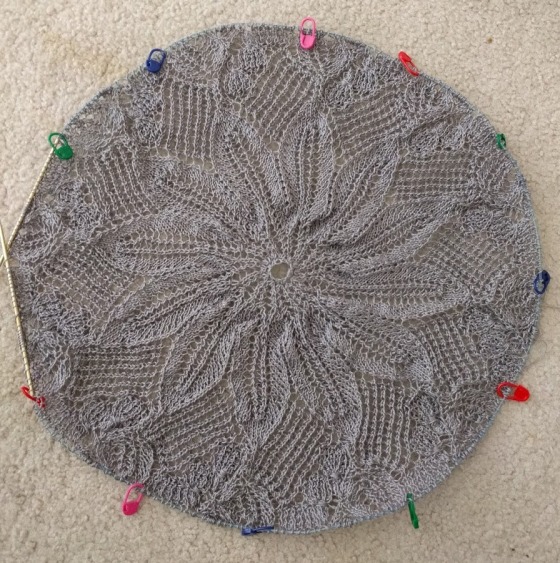 Now I just need to get my crafting spaces back assembled!