Boy I have really fallen behind on updating.  Not quite as far behind as I am on finishing my wedding quilt since we’ve been married now for four years, but still…

Speaking of wedding quilt… mistakes were definitely made, but the top itself is now DONE!  I’ve actually completed all four of the quilt tops for my four quilts goal this year!  I need to get backing for two, piece the backing for the other two then sandwich and do the actual quilting bits… but there is absolutely progress happening. 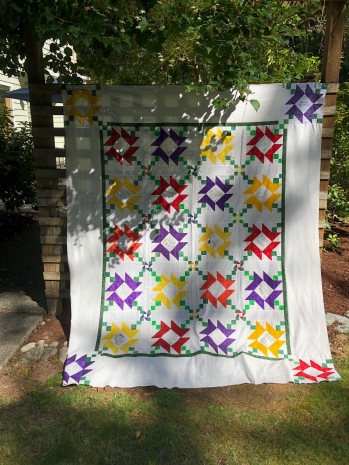 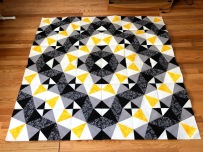 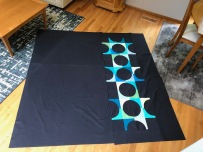 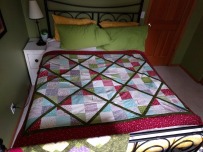 The wedding quilt is certainly far from perfect.  I adapted a block from The Quilter’s Cache called a posy chain.  Between signers getting into the seams and my poor measuring the points leave a lot to be desired and based on how things were coming together I decided to add the smaller flowers into the chain in order to space the main blocks out and help hide how the main blocks would have met together. It turned out to be about a queen sized quilt.  The three on the left are all throw sized.  The top one does have an additional border now, and was an experiment in learning how to paper piece.  The middle was also a quilt and my lesson on how to sew curved seams.

And speaking of tops, I also managed to finish my second sweater this year, which is also the 2 of 4 for the Neighborhood Fiber Co 2017-2018 sweater club.  (The first being the Waterfall cardigan)  This design is Nutmeg Ginger by Alicia Plummer which I picked because I wanted a bit of texture but not so much to lose the rich chestnut and cool teal from my yarn. 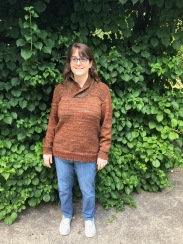 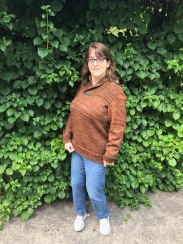 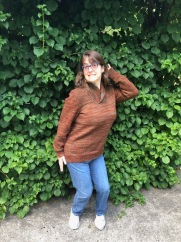 This was actually a project where unlike my photo poses, I attempted to be a full grown knitter and actually alternate skeins as they suggest you do with hand dyed yarn.  Usually I just eyeball and give it a close enough shrug and it works out, but this time I could tell that the balls had some distinct differences. One of the 4 balls was more muted in the chestnut and one ball had larger bits of teal than the others.  So I started out working the hem in one of the true chestnut balls, then swapped to an every other row with the more muted ball through the body and into the texture area.  I used the larger teals ball for the texture and collar.   Here is a close up of my swatch and a comparison of the two balls so you can see why I decided to go that route. 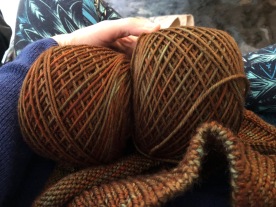 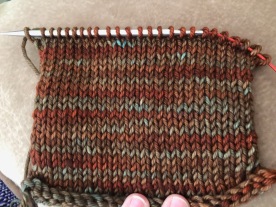 So let’s round up all the other projects I managed to squeak out since the last time we updated… such as the 2 pair of matching anniversary socks, a replacement market bag, a pair of sideways knit zig-zaggy brown socks and a pair of very orange socks (to go with the very orange shawl I presume).  Whew! 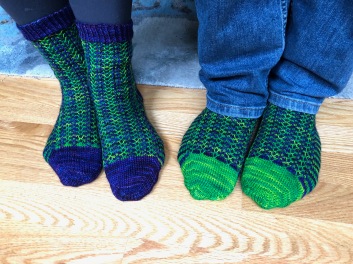 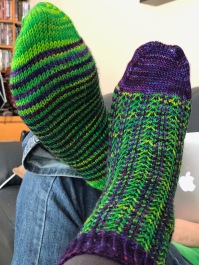 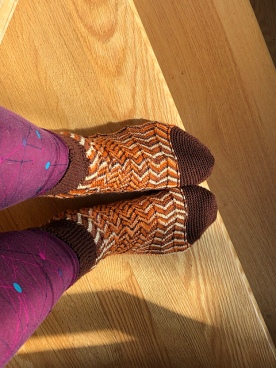 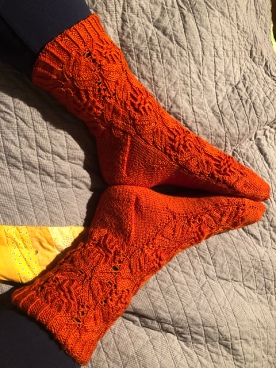 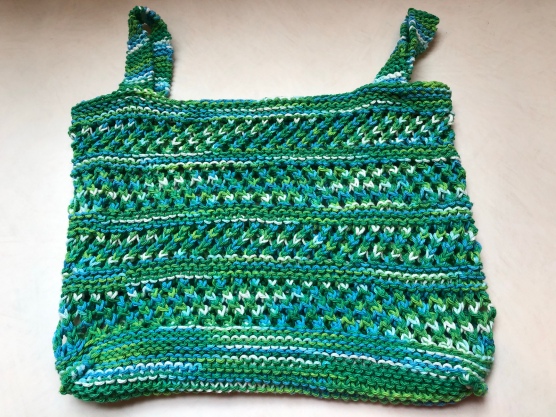 Currently on the needles.. the second sock of a pair for Ben, and a very large, very lace project I am doing on 000 needles.