So I’ve had this yarn from the yarn shop where I learned to knit for some time.  I believe I originally bought it oh about six years ago or so.  Well I am out of blue thread for my other project so… time for more knitting.. and time to tackle something with counterpanes!

There were many to choose from but finally I settled on a three leaf counterpane pattern, originally seen here: http://www.knittingparadise.com/ (Scroll up for images)  Through some alterations based on my trial square, this is what I ended up with:

Now as you can see from these two closer in views of the leaf section and the diamond section, I am not the greatest of fancy joiners, but I do think they look alright… just not very lacy.

At this point its more flowerlike

So I think it turned out ok, and here’s what I did differently for anyone curious or wanting to replicate.

I finished it off with a simple double crochet row and then a scalloped crochet row (2 single crochet stitches, then 3 double crochet in the next stitch and repeat) because three skeins meant I was pretty much done with just a 9 pane blanket.  Seriously…. this is all the yarn left: 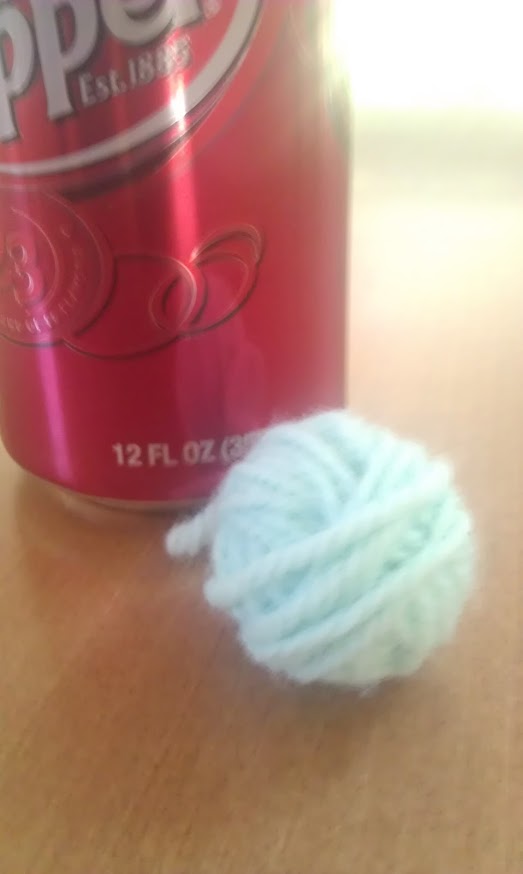 Dr.Pepper can for scale

So if I had my life to knit over so to speak… here’s what I would do differently:

I greatly enjoyed how it turned out… so much that I’m actually contemplating making something more full size at some point, perhaps as a gift.

I could totally see this as a much larger piece.