So February exited rather dramatically here on in the Pacific NorthWest, and of course now its spread much farther.  For many people that means a bit more crafting time.  Not that many of us will actually achieve our imagination’s ability to dream up all those things we could finish if we only had the time, but maybe a bit more than some.

This actually means I’m three quarters of the way through my sweater club sweaters.  Previously I made the worsted weight Nutmeg Ginger, and the sport weight Waterfall Cardigan.  It still a bit cold here, but I might have tried to give it a blog debut with a first of the year cone to match up with a last of the year cone of the Nutmeg Ginger sweater, but alas the Tulip Festival has been recently cancelled, and so too our usual plans for a long drive and waiting in line for a monster ice cream.  I’ll just have to delay the satisfaction.

I managed to sneak in a pair of fingerless mitts from a KAL.  I’ve decided they shall be my driving gloves for when its a little too chilly in the mornings on the way to the pool… next fall. 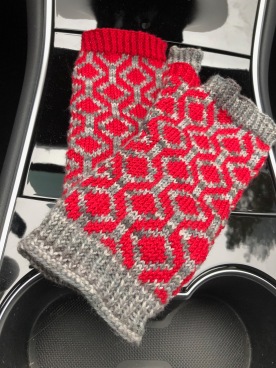 March brought with it the start of Sock Madness, and my next Mystery Stash KAL project which turned out to be a cabled and lace scarf.  Followed up with the first round of Madness… which I’ve managed to finish in time to move on when the round ends. 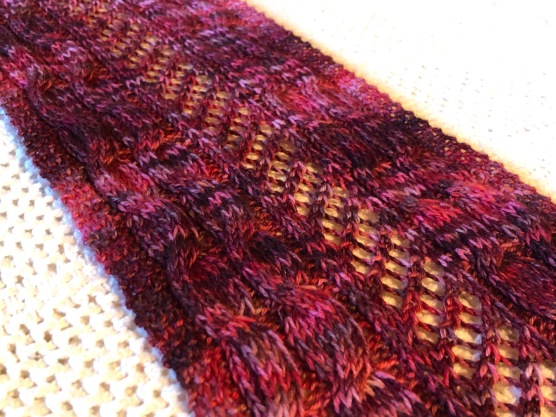 March was supposed to bring a trip to Vogue Knitting Live, but its since been postponed to some later as yet unannounced date.  This was originally intended to be the major yarn shopping event for my year.  So I did a little virtual shopping to make up for it.  The bottom is from a local yarn dyer I particularly like called Hazel Knits.  The other two are also local-ish dyers that I am trying out. 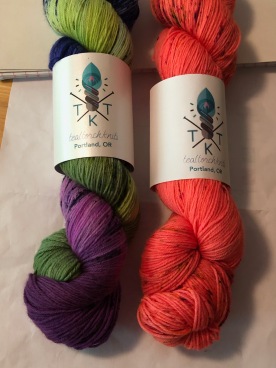 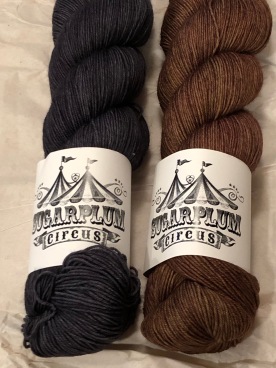 Expect more socks… maybe even a few with these very yarns in the next update.  Until then.. stay safe everyone!